While Artificial Intelligence (AI) is a hot topic, the realization of enhanced humans is a lot more likely to come from physical augmentation. AI has been misunderstood as being ready to conquer the world within a couple of years. The issue with the view of AI is that a lot of it is based on Hollywood’s portrayal. There currently is no “General” AI that is even similar to a small animal, but rather specific AI that is built to function with the capabilities that it gets from their maker. Computers have been beating humans at games for years, and not just in Chess and Go, but also in video games. Code to make you see through walls in video games is a stretch from intelligent computers, but they are purposefully made to augment humans. Computers think and react faster, but this doesn’t mean they are intelligent yet.

In the physical world, there are several advancements to enhance humans. Some of these are inspired by Hollywood, or the other way around. The movie Iron Man is one of my favorite movies. Not only because of the great visual effects, but especially because it feels like the technology could exist at least within a couple of years. Tony Stark’s Iron Man suit has some very iconic features, like flying and hovering, several weapons, a wide range of sensors and an onboard computer with a connection to his personal artificial assistant. All of this is encased in a full-body bulletproof metal suit, that seems to be very lightweight and doesn’t add much bulk. It is likely that a first real prototype will look more like the first version Tony Stark built himself, but parts of this potential suit already exist today. 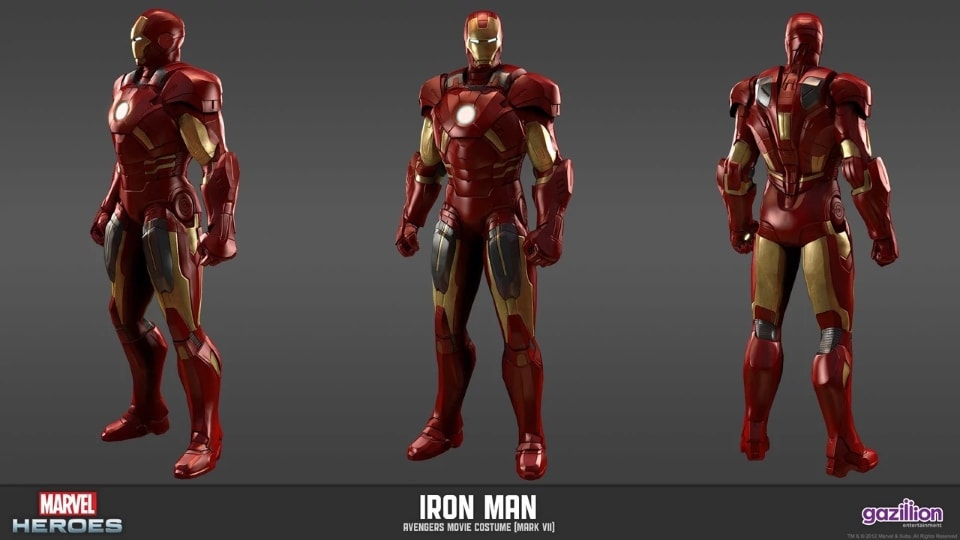 These technologies have been worked on for years, and some are starting to come into the light. Especially Human-sized Jet Flight is an interesting aspect. Note how critics kept saying this was impossible and “defied all the laws of physics”. Most inventions seem unreal, until someone makes it a reality.

Richard Browning is an entrepreneur and inventor who has built a jet suit that’s able to hover above the ground, and above water. The suit is an exoskeleton with gas turbine engines, mounted to his hip and arms.

How I built a jet suit | Richard Browning

We've all dreamed of flying -- but for Richard Browning, flight is an obsession. He's built an Iron Man-like suit that leans on an elegant collaboration of mind, body and technology, bringing science fiction dreams a little closer to reality. Learn more about the trial and error process behind his invention and take flight with Browning in an unforgettable demo.

“How I built a jet suit | Richard Browning”

The creator of the Flyboard, a water-propelled hoverboard, has more recently created the Flyboard Air. This straps both feet onto a small board, which restricts flexibility, but it’s nonetheless amazing to see him flying like this.

Franky Zapata set a new Guinness World Record title for the Farthest hoverboard flight during a spectacular attempt off the coast of Sausset-les-Pins in the south of France.

Yves Rossy flies with a relatively small wing with jet engines on his back. He can go as high as 3,600 metres and speeds of up to 300 kilometers per hour, controlling his jetwings with a hand-held throttle. His public appearances as “Jetman” started as early as 2006.

Fly with the Jetman | Yves Rossy

http://www.ted.com Strapped to a jet-powered wing, Yves Rossy is the Jetman -- flying free, his body as the rudder, above the Swiss Alps and the Grand Canyon. After a powerful short film shows how it works, Rossy takes the TEDGlobal stage to share the experience and thrill of flying.

“Fly with the Jetman | Yves Rossy”

To make a combat-ready suit, it needs to be at least bulletproof. There already are armored jackets, that look just like regular jackets. This already is a significant improvement over the bulky body armor that is widely used today.

Watch Ryan Duffy get shot in the chest as he tests the strength of a fashion forward bulletproof vest made by Steven Seagal's personal tailor.

The Iron Man suit is made out of a sort of metal, but we need more advancements to make that fiction become reality as well. According to Marvel lore, the suit is constructed with a specialized bacteria that are programmed to move to a particular position on the suit. When the bacteria die, they leave behind the metal they are infused with. This doesn’t seem to be possible yet, but researchers are exploring graphene. Graphene mixed with other metals makes the composite very strong. Tiny amounts of graphene mixed with other metals can make them hundreds of times stronger than they would be on their own. This means that less weight is necessary to achieve similar strength, which could make a man-sized metal suit more viable.

One of the characteristics of graphene that is often mentioned but seldom exploited is its strength compared to other materials. Its tensile strength has been measured at 130 GigaPascals, making it 200 times as strong as steel.

".. it would indeed be a possible way to make automobiles and aircraft lighter and therefore more fuel efficient."

Of course these technologies can be used to create scary super soldiers, but I got excited about the technologies just writing this!